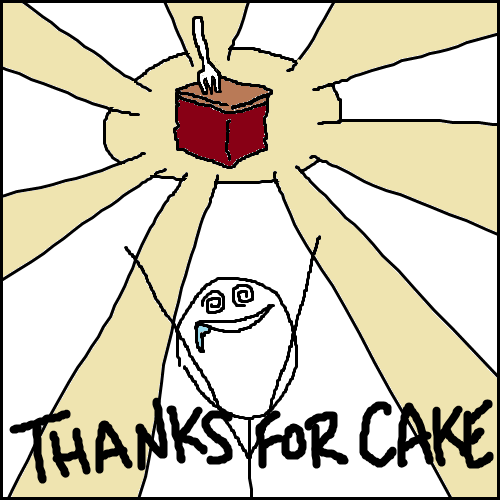 Wegmans, the best grocery store in the solar system, celebrated its 100th birthday on January 30th. This colossus of the food industry had its humble beginnings as two dudes selling produce out of a horse-drawn carriage, and now takes the form of megastores spanning several different states. Now, I know what you’re thinking. ‘But Jeff, I really don’t care about this history bullshit. Let’s go grab a pizza.’ To which I say yes, yes, let’s go grab a pizza.

To celebrate Wegmans’ 100th birthday, Laura and I decided to go on a running odyssey across Rochester, visiting a bunch of Wegmans stores over the course of the day. We mapped out a route that would bring us to 6 different Wegmans locations, and tantalizingly close to a few more, in the space of 26-27 miles. You can see the route: https://www.strava.com/routes/4035863. I’ll also draw a little cartoon of it because I think that’d be a lot of fun.

So on the morning of January 30th, 2016, Laura and I met Mike Mertsock in the parking lot of the Wegmans on Calkins Road, our first stop. We took a picture with the store, got our stuff together, and set off into the rising sun.

The Wegmans on Hylan Drive was surprisingly close to Calkins Road, and we arrived in under two miles. So in the first fifteen minutes of the run, we’d already hit two of our six targets. Not too shabby! We took a quick picture with our friendly neighborhood Wegmans, and soon were underway again. We ran a brief stretch on some busier roads, then escaped to the asylum of the canalway trail.

Despite the unseasonably warm temperatures, the canal was still covered in a sheet of ice. After slipping and sliding on it for about a mile, we decided to hop off and go the rest of the way on the roads. We followed French Road from Winton all the way down to the old canal trail that runs behind Pittsford Plaza. Laura snapped a photo of Wegmans from the trail, then we ran across the wide open asphalt plains of the parking lot for another quick bathroom break.

A quick check of my watch revealed that we had hit three Wegmans stores in eight miles. Eight miles? We still had almost twenty to go! Bluhhhhhhhhh! At this point, the Strava route would take us up the railroad tracks that ran north through Brighton. We opted instead to run the roads, after our frictionless experience on the canal. So, snaking our way through the southern suburbs of Rochester, we moved towards East Avenue, and the most recently remodeled Wegmans. 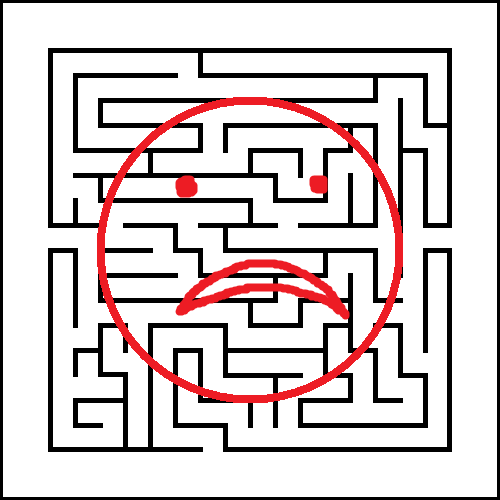 I was relieved to be able to visit this Wegmans on East Ave on foot rather than in an automobile. This way I didn’t have to navigate the shifting, labyrinthine clusterfuck that is that parking lot. Our intrepid trio arrived around 10:40 or so. With an impending rendezvous with Jason, and an imminent rendezvous with cake, we hung around in the Wegmans foyer, huddled together like brightly-dressed bums around a garbage fire. Welden walked past on his way to go grocery shopping, and said some funny things. He walked out a few minutes later with no discernible groceries, and said some more funny things.

Then it was 11:00 AM. That meant that it was time for Wegmans to serve their employees and loyal customers birthday cake. The four of us (Jason had joined us, astride a good-looking fat bike) flitted about the entrance nervously, searching for the promised pastry. We ventured tentatively into the store as our hunt continued, until a cheerful employee handed us plates of fluffy, sugary cake. Our prizes claimed, we scurried away excitedly to consume them.

Seconds later, we were tossing our plates in the garbage and on the run once again. We still had two Wegmans stores to hit, and the majority of the mileage left to go. Our group, which now included Jason rolling along beside us, continued north on Winton Road towards Irondequoit. Our primary objective was to cover the 7 miles to our next stop quickly enough to receive cake there as well. Mission impossible.

As we neared the bay, I was hit by a sudden dizziness. My face got hot and my vision blurred. My sentences slurred drunkenly into single long words. The cake! I thought. They poisoned it! Unwilling to be deterred, I tried desperately to run through it, but I am just too much of a weak-ass bitch to do that, so I slowed to a walk. Laura, Mike, and Jason were all patient enough to hang with me as I came down from what I can only assume was early onset menopause. 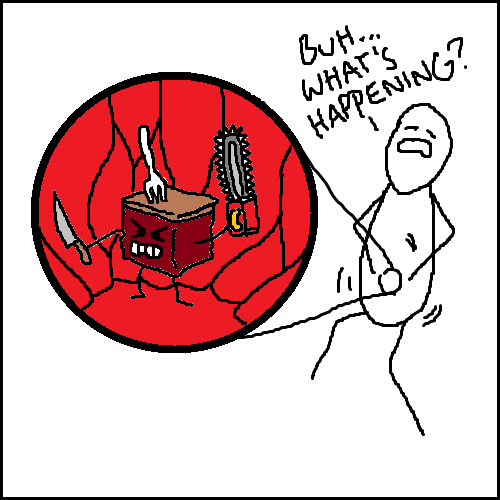 Luckily it was only a couple minutes before I was good to go again, and we were soon headed down towards the bay. Jason broke away to take the off-road path through Bay Park West, promising to meet us on the other side. Bay Road is one of my favorite roads to run, and that day was no exception. The temperature was mild, the sun was just barely peeking out from behind the clouds, and the wind was relatively low. Beautiful weather.

As we began our climb back out of the bay, we could see Jason tearing through the woods behind us, but we weren’t able to reconnect with him by the top of the hill. Since that was his turnaround point, the three of us were on our own once again. It was just another dip down to the bay and back out before we arrived at Ridge Road, and soon after, the next Wegmans.

We stepped inside in pursuit of birthday cake, but there was none to be found. We milled around like lost sheep for a few minutes, and soon saw a Wegmans employee bring out a tray of some sort of chocolate fudge thing to give out as samples. It wasn’t the celebration cake, but it was cakelike, and it hit the spot.

It would only be seven or eight miles to the last Wegmans location, and we all felt relatively good. We ran north to Seabreeze, then took the bridge over the bay. I was pretty excited about that, since it was my first time going across the bay there. It was pretty sweet, I guess. Running along the lake was beautiful, and a good pick-me-up. All of a sudden we hit Bay Road, our last turn. We were in the home stretch, but our finish chute was a few miles long.

Things got quiet as we ran down Bay. Cars were whizzing by like angry metal…rhinos? Analogies. Hard. Cars were whizzing by like angry metal rhinos, and the fatigue was finally starting to set in (for some of us – Laura looked fresher at the end than she did during the first few miles). Despite a long final straightaway, we reached our final destination in a relatively short amount of time.

The Bay Road Wegmans shone like a beacon in the darkness. We selfied our final selfie and ran inside. The truly wonderful thing about the Wegmans marathon was that it finished at a Wegmans. Like kids in a candy store, we darted here and there, grabbing recovery food and drink. Then we sat in the prepared foods section and relaxed, triumphant in our accomplishment.

Wegmans is awesome. I’d love to do this again. There were a lot of Wegmans stores that were nearby, but we didn’t hit. The course is wide open to modification, and can be lengthened or shortened or whatever. Hüma gel is amazing. Friends are legendary. Be awesome.

Only Read Stuff You Care About!

Everything I’ve Ever Written